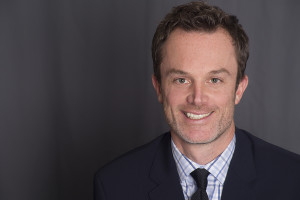 He was drawn to insurance law by virtue of his early years working as a handyman in his family’s small business: “Time after time, my Dad had claims denied by insurance companies. It didn’t matter if they were business claims, workers’ comp claims, or crime claims.  Someone had to stop the insurance companies from cheating people out of benefits they owed.  I felt I was the guy to do it.”  Since beginning his legal career, Mr. Corzine has tried dozens of cases, conducted numerous arbitrations, and recovered millions of dollars for policy holders.

Mr. Corzine obtained his Juris Doctorate degree with Honors and Order of the Coif from University of the Pacific, McGeorge School of Law and his Bachelor of Arts degree in Communications from University of California, Davis.  Before practicing law, Mr. Corzine was Executive Assistant to the Governor of California and studied public administration during his term as a California Executive Fellow.  In law school, Mr. Corzine joined the U.S. Attorney’s Office, Eastern District of California, as a Special Assistant U.S. Attorney, prosecuting those arrested for crimes on federal lands.  After law school, Hon. Peter A. Nowinski of the U.S. District Court, Eastern District of California, appointed Mr. Corzine as a Federal Judicial Law Clerk.

In recent years, Mr. Corzine has authored numerous insurance-related articles in trade publications and is a frequent speaker at insurance, business, entertainment, and construction conventions and seminars.  He was voted the Valley’s Trusted Advisor 2014 by San Fernando Valley Business Journal and has been named a “Who’s Who” in business litigation by the Pacific Coast Business Journal for three years running.  In his free time, Mr. Corzine serves as General Counsel for Hope’s Haven Children’s Charity, a non-profit dedicated to providing financial assistance to families who have children suffering from terminal illness.